A study of two bows

A study of two bows.

For those of you interested in yacht design, here are some interesting photos that show how the same designer ( Finot-Conq) achieves the same low entry resistance while still retaining lots of reserve buoyancy in the bow of a boat in two very different ways.
Buoyancy in the bow is very desirable as it stops the bow from burying deep into waves or when the boat reaches high heel angles. However, this buoyancy is usually achieved by increasing the depth of the fore-foot or having a wide”fat” bow both of which create resistance which basically slows the boat down. How does a designer achieve both?
The Beneteau Oceanis 38.1 ( white hull) has a much narrower entry but as one can see by the profile, has a deeper fore-foot which yields the required buoyancy.

By contrast, Oceanis 30.1 has a much fuller, fatter bow with a rounded “knuckle” on the tip of the bow but achieves it’s low entry resistance with a very shallow fore-foot running aft.
The idea of the “knuckle” is that it creates buoyancy only when the bow is driven down or thru a wave but otherwise is above the static waterline and not creating any entry resistance until it is required. In this way a fine entry with little resistance is achieved while still retaining the needed buoyancy.

Also interesting on the 30.1 is the hard chine with a bow hollow which yields a narrow water-line beam. Usually a boat with a narrow waterline beam has low buoyancy, is very tender and has a tendency to pitch, but with this design, when the boat is heeled over or pitches into an on-coming wave, the chine is engaged and buoyancy and stiffness is re-gained. Again, this resistance is only engaged when needed.
The genius of the new hull designs is that the designer Finot-Conq has essentially designed a boat with two hulls in one: One hull, narrow and speedy and the other wide, stiff and buoyant and each attribute plays it’s own role at the required time. 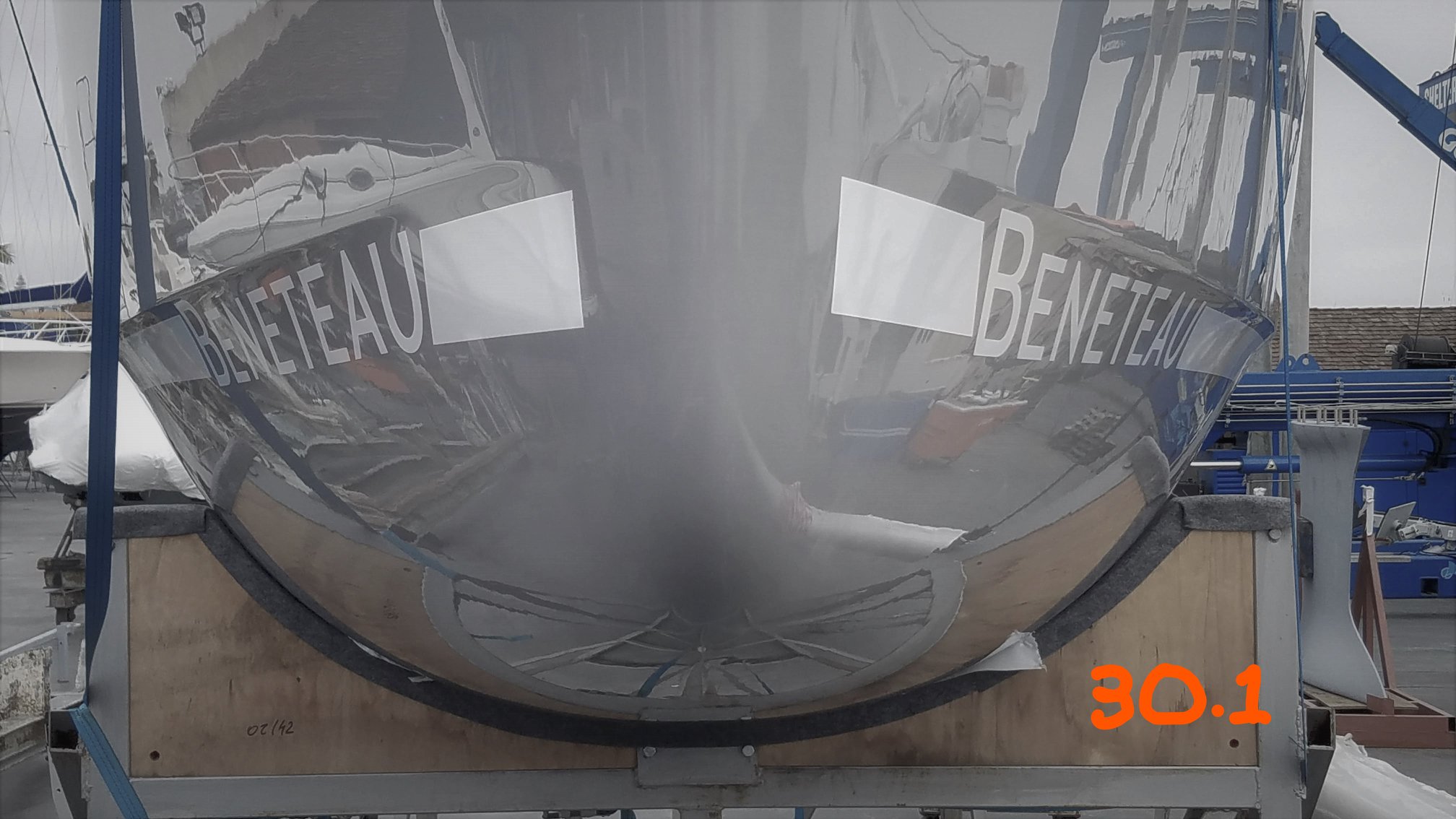 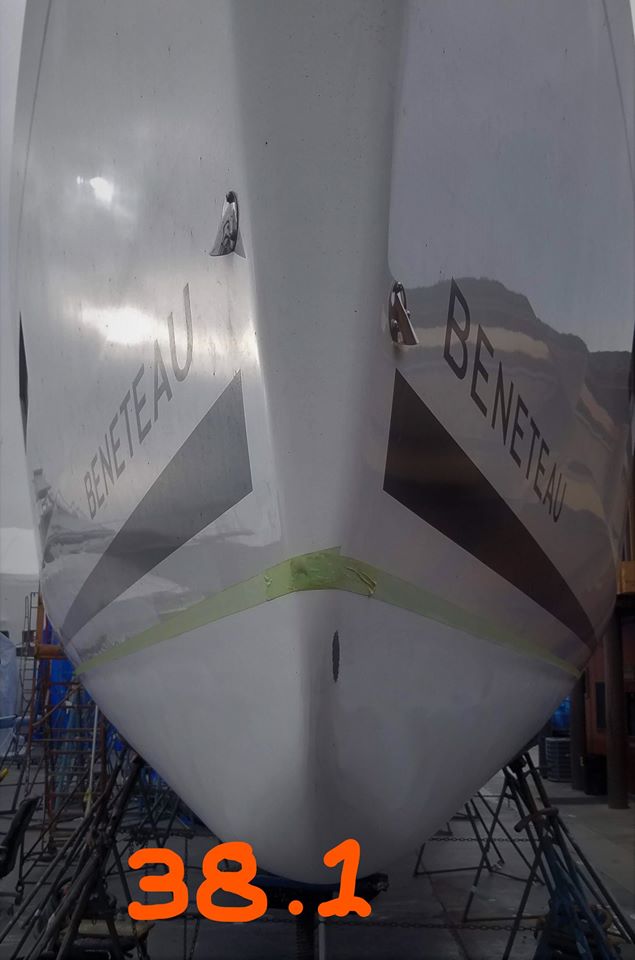 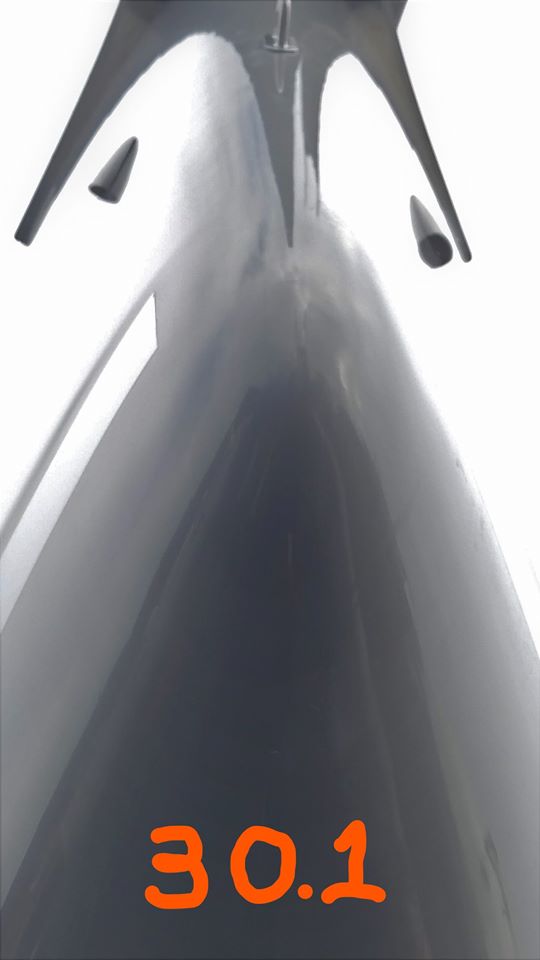 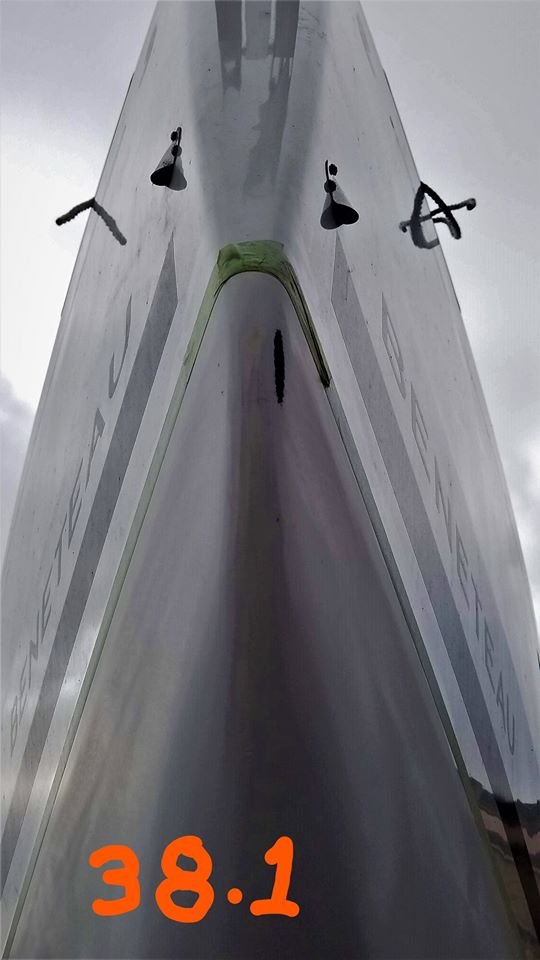 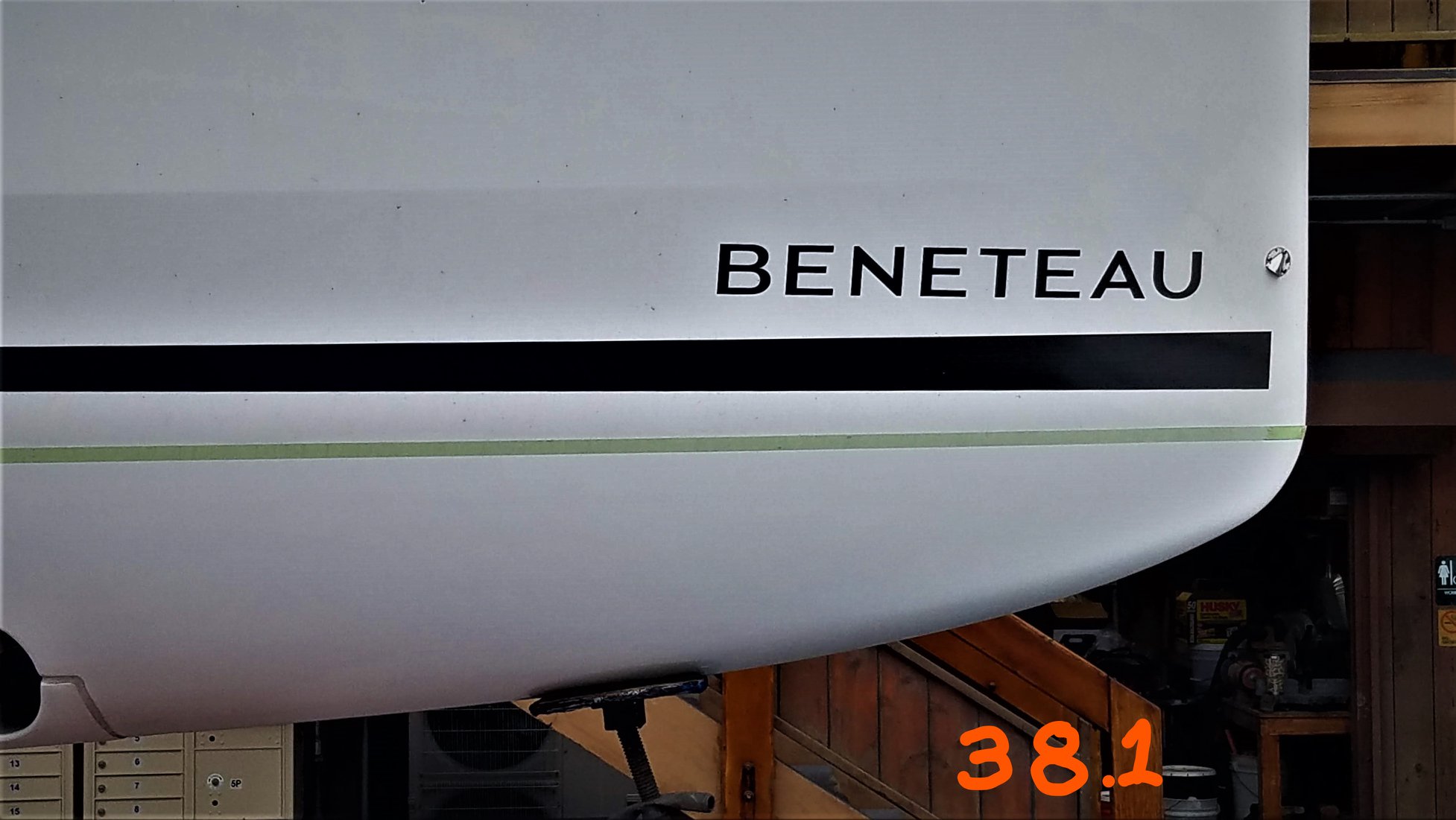 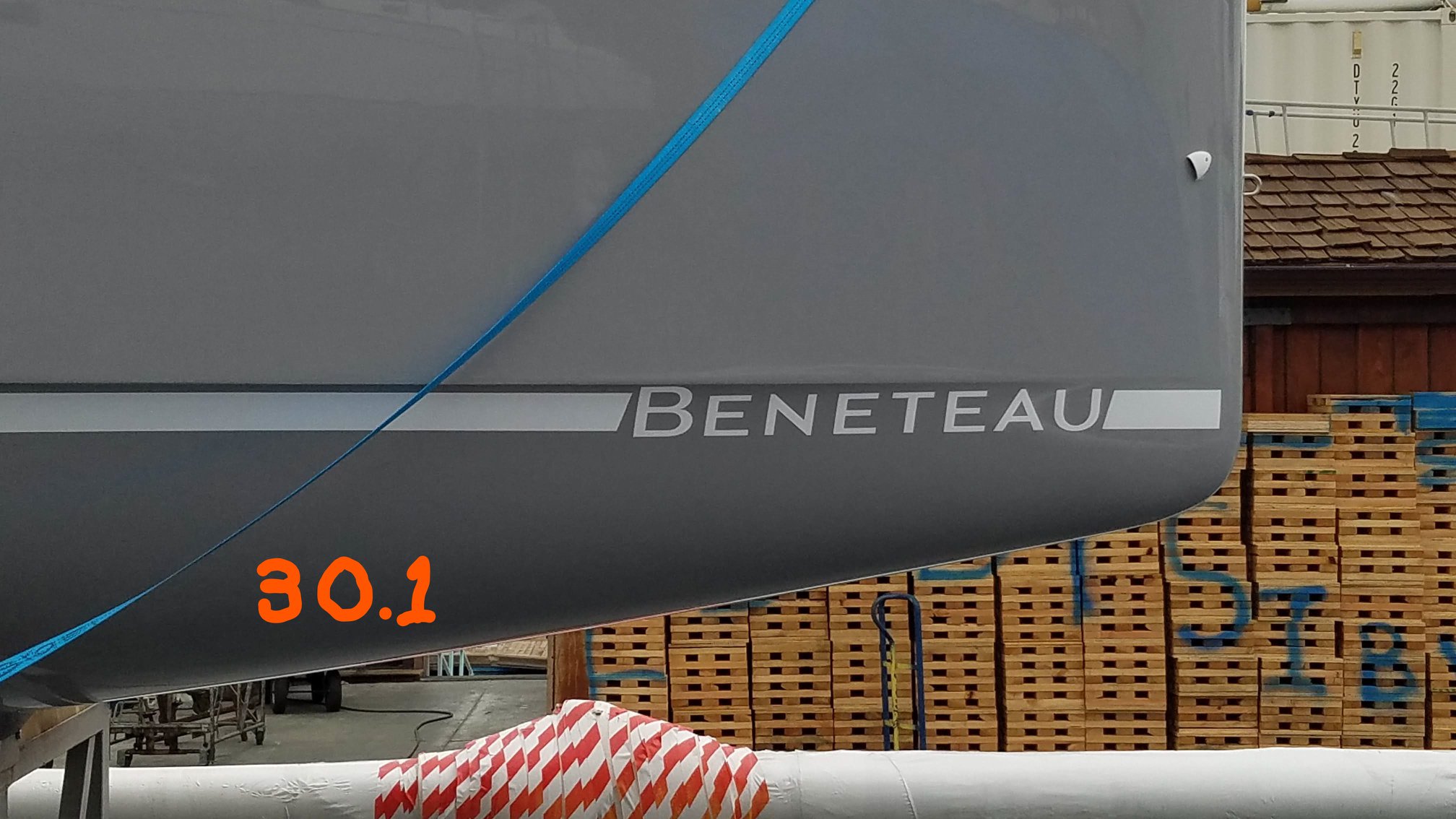