It was all smiles for the 330+ sailors who visited San Diego Yacht Club from all over San Diego, Dana Point, Newport Beach, and as far away as Los Angeles and San Francisco Sept. 21-22 for what has become one of the most popular regattas in Southern California. In fact, at 48 boats, organizers Barrett Canfield and Rick Day of South Coast Yachts have realized their formula for the regatta has made this Beneteau Cup the largest in the world.  (with second largest going to Sydney, Australia)

With an instructional, encouraging, and fun format, especially tailored towards new and novice racers, Canfield and Day are proud of how the regatta has grown over the years, and of how many of the sailors introduced to racing at Beneteau Cup have gone on to compete in (and even win!) other local SoCal regattas such as the Beer Can Series, Hot Rums, and even Newport to Ensenada & Santa Barbara- King Harbor races. Of course, the First Series 40.7 and 36.7 One-Design Classes brought out many experts and exciting windward – leeward racing.

Unique to this regatta, on Friday evening Day, Paul Briant of South Coast Yachts, and 16 year old guest instructor Caylin Schnoor of SDYC gave a well-attended seminar on rules of the road, and racing basics including starting and mark roundings, while stressing safety and fun the whole while.   The SDYC Junior Clubhouse Jessop Room was packed for this seminar and great food and drink were served by Fiddler’s Green and SDYC Catering.

Saturday’s ocean racing in Coronado Roads was picture-perfect SoCal racing, although fairly light air (8-10 knots)out of the WNW. Cruising Classes 1 and 2, with 13 and 15 boats respectively, ran two triangle courses that were long enough to really let these big Oceanis cruisers stretch their legs with their A-sails pulling hard off the wind. Meanwhile the 36.7’s, for whom this was their West Coast Championship, and the First 40.7s enjoyed some close racing with three windward-leeward courses to really engage their strategic and tactical skills.

Saturday evening the skippers and crews enjoyed reminiscing about their day while doing “sailing karate” (watch them discuss racecourse maneuvers with their hands some time), SDYC’s excellent hot food buffet and bar service, and partied and danced well into the evening to the sounds of John Fretwell’s Stylus Overhang live band. Renowned local photographer Cynthia Sinclair’s slideshow of the day’s racing drew a nice crowd on its own, and provided racers some great fun to watch as they waited in line for a beer refill. A wonderful addition this year was Eddie Frank’s expert drone piloting and incredible aerial footage of the racing and after party.  Many stayed overnight on their boats, comfortably line up “Stern-to” courtesy of SDYC’s Guest Dock.

Sunday, with a lighter and a shifty breeze, SDYC Race Committee did an amazing job setting a pretty tight W/L course for three races for the 40.7’s & 36.7’s (to finish their Championship), while sending the other three classes on various round-the-bay, random-leg courses.   The sun was out, the breeze was warm, and the racing was lively. It was quite a sight to see with 30+ Beneteau cruisers headed down the bay flying their beautiful kites. Everyone wrapped up around 3:30 pm, which was perfect timing to head back to the 4:30 awards ceremony.

Trophies courtesy of Kathy O’Brian and the brand new Doyle San Diego Sail Loft were awarded to the top four finishers in each of the four classes, along with Helly Hansen hats, MT. Gay Beneteau Cup ball caps, and other gifts from local sponsors.  SDYC’s Commodore Jerelyn Biehl congratulated the racers as she posed with them for the trophy photos.

Cruise Class 1 was dominated by winners David & Sheri Normandin  (DPYC) with their Oceanis 55, “Freedom”, while Brad Salute’s Oceanis 41.1 “Kimberly” was the winner of the 15-boat Cruise Class 2. The Beneteau First 30 “Healer” owned by Larry Kliger (BCYC) had a fantastic performance this year, winning the First Series Class. Thomas Shepard’s Kraken  (OYC) won the 5-race regatta, and the Overall Class Championship for the 36.7 class for the second year in a row.  Warren Gross’s “Silhouette” (SDYC) won the First 40.7 one design class with top three in every race.  Every year, the best finishing Cruising boat and best finishing First Series Overall also receive awards on Beneteau Cup perpetual trophies, and this year Kimberly and Healer were the Overall Winners. 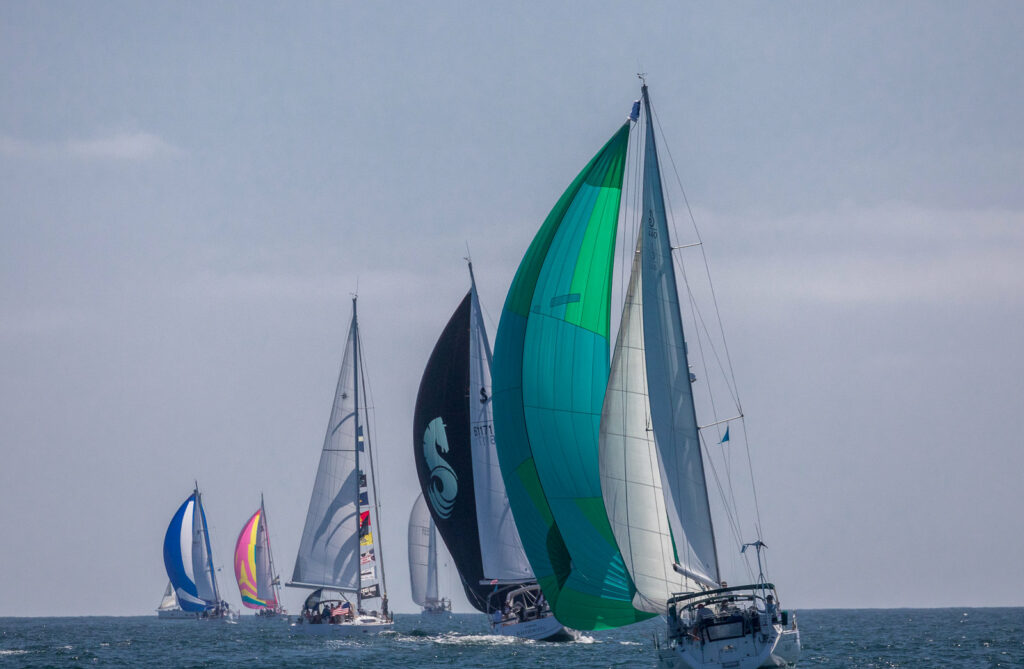 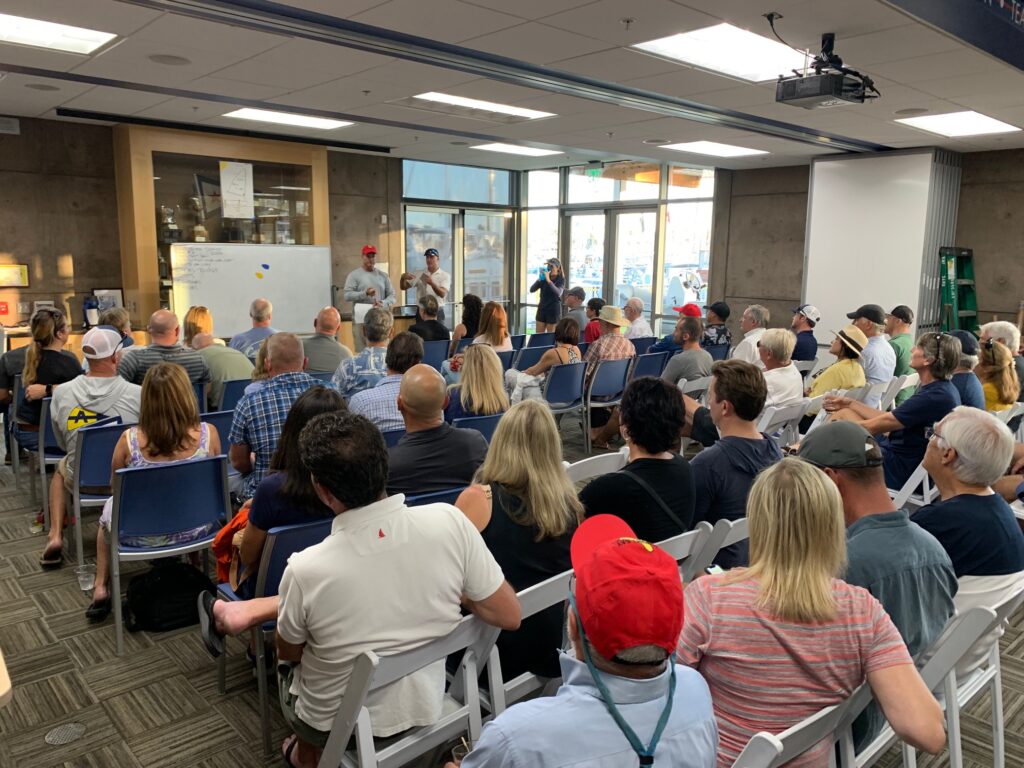 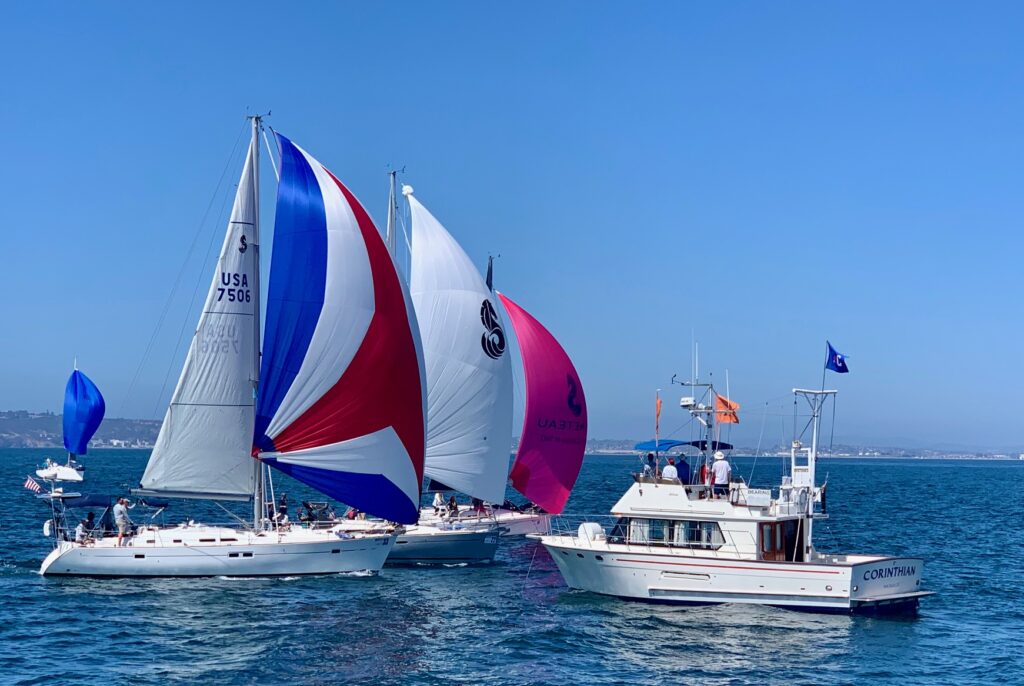